The album will be released in August 2016 on earMUSIC with further news to be shared soon.

Dreams and passions big enough to bring a teenager from Hamburg who is in love with rock music, glam rock and the first heavy metal sounds from the practicing space in his bedroom and rehearsal rooms to the biggest stages in the world practicing, and ending up influencing and sharing the stage with the very same bands he admired in the first place.

After the achievements enjoyed by Hansen lately with Unisonic and especially Gamma Ray's recent work "Empire Of The Undead", Kai Hansen has started working on the album with no precise commercial masterplan. Just playing music with the same spirit as in the very beginning.
This certainly was the reason for Hansen to communicate to his label the intention of donating the first advance payment he will receive for XXX - which in the meantime was shaping into a proper album - to the Wacken Foundation. A foundation which helps and supports young hard rock and heavy metal bands for over seven years now: Musicians full of hopes and dreams, exactly as Hansen had in the beginning of the 30 years story told on this album... in the hope that one day, somebody could tell another 30 years long magic story, also thanks to this album.

Together with Hansen, a stellar band of musicians gravitating around the Chameleon Studio in Hamburg has formed spontaneously:

Alex Dietz (guitar player of Heaven Shall Burn) on bass, Eike Freese (who already worked as engineer and co-producer with Hansen on the last Gamma Ray album) on guitar and phenomenal drummer Daniel Wilding (Carcass). The four will be joined by various guests, ranging from friends to followers to heroes – some having played a significant part in Kai's career, some who have expressed the wish to join the project with the same spirit that is leading Kai, Alex, Eike and Daniel to create loud music with joy, freedom and determination. 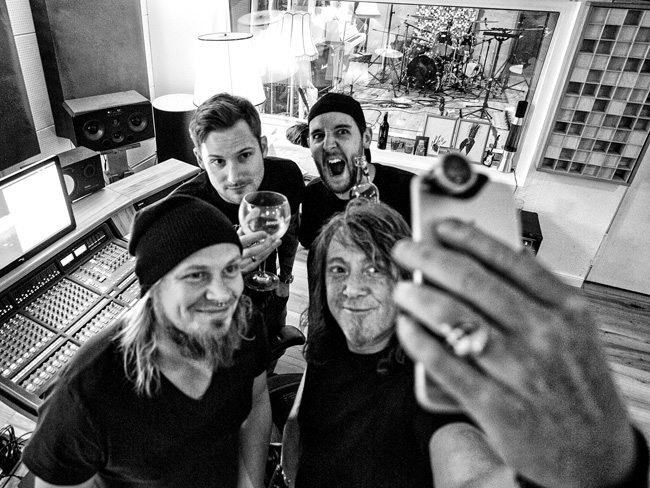 Kai & friends will do an exclusive one-time performance at this year’s Wacken Open Air Festival, introducing the songs from the album to the audience for the first and only time.

“30 years in metal, that’s a damn long time. Over the course of all these years, I never recorded a solo album. It is quite nice and a hell lot of fun to create something without any boundaries and to get a fresh view on music. I am celebrating 30 years of being able to do what I like best...On ‘XXX’ I am reflecting on my roots, where I come from, how it all started for me. I believe you need a certain drive, passion and of course a bit of luck and coincidence to make it in the music world – and of course some financial support. This is where the Wacken Foundation came to my mind. They are helping people, musicians just like me, who want to make it. And I remember having had help myself, from my family, the families from the other band members – and by doing a paper round. So hopefully, with my donation, young musicians are given the same chance that I was given a long time ago, too. And who knows, maybe we all will be playing together at Wacken in 20 years…”

Wacken Foundation's Thomas Jensen adds:
“This is really generous donation to the Wacken Foundation. Heavy metal is a way of life – and with this this amazing gesture Kai showed what it stands for: selflessness, thoughtfulness and most of all the passion and love for music. The goal of the foundation is to keep this kind of spirit going. With Kais doing we are one step closer to this goal.”